Early is the only way to avoid big errors!

The most costly types of errors (and we will save you the effort of reading the sadistics from the statistics books although we have included it below in case you are so motivated) indicate that Type 1 and Type 2 errors are the most costly. Type 1 and Type 2 errors relate to accepting the wrong hypothesis. Something was missed or misunderstood. A miss or misunderstanding could be a missed requirement, a missed design constraint, a missed opportunity to reuse components or modules that already exist, and other missed design and development parameters or it could be accepting the wrong requirement, the wrong design constraint, or reusing components or modules that should not be reused. Missing or misunderstanding the critical product parameters early into definition and design generally results in the most expensive errors, and often in the failure of the product to be a commercial success.

The choice of a null hypothesis is based on the relative seriousness of the different errors that we can make. Errors mean incorrect decisions. There are two kinds of incorrect decisions that we can make in hypothesis testing. We can incorrectly choose H1. That is, we can accept H1 when H0 is true. Alternatively, we can accept H0 when H1 is true. Some books refer to this latter error as "not accepting H1 when it is true," arguing that although the data are not what we would expect under H0, they are not sufficiently contradictory to allow us to reject H0. Although it is true that the data often do not strongly support H0, this is merely a semantic difference; we will use "accept H0" as the phrase of choice. The important question in both situations is what real decisions are to be made based on the data. Figure 12-1 summarizes the correct and incorrect decisions that can be made.

A Type I error in hypothesis testing is the error of accepting H1 when H0 is true (incorrectly rejecting H0).

A Type II error in hypothesis testing is the error of accepting H0 when H1 is true (incorrectly accepting H0). 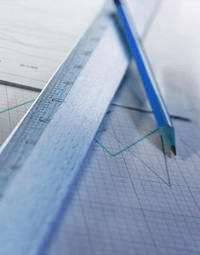 Loading tweets by @goldensegroup. If latest tweet is not visible, check your browser security settings. Your browser may be blocking this feature.
1996-2023 © Goldense Group, Inc. All Rights Reserved.